Finally, in 2015, I bought my first oscilloscope. However, the one I bought is a broken one: 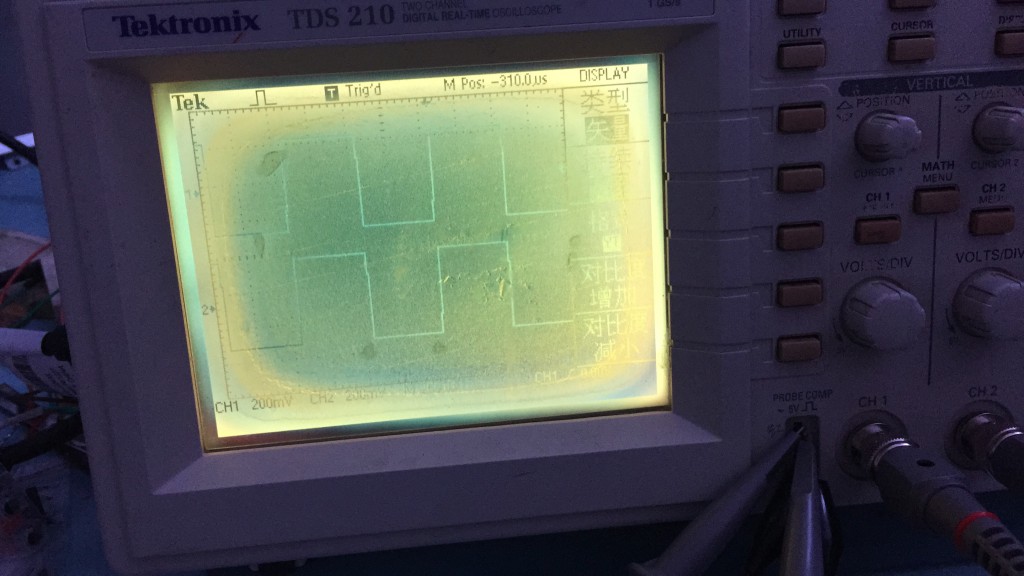 Apparently it is working, exception there are some issues with LCD’s polarizer. 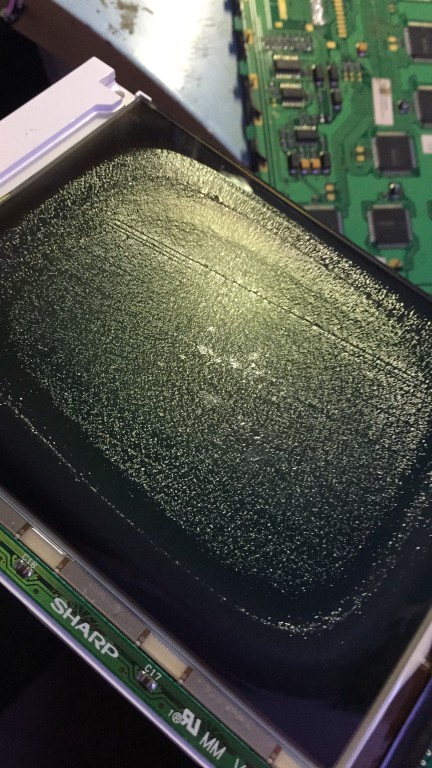 I tried to replace it with another screen I have lying around. But… I didn’t know it was broken either 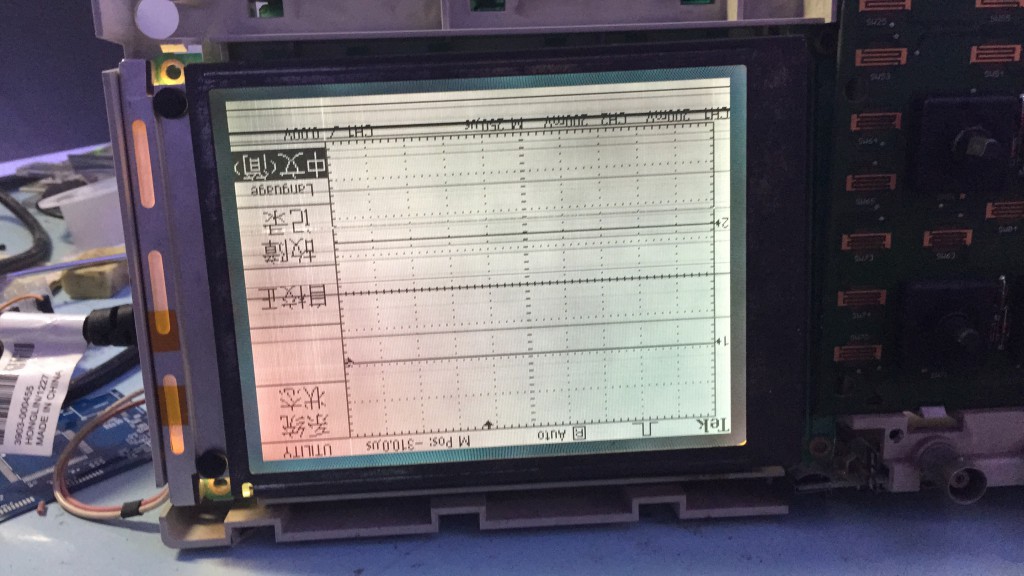 Just for fun, I tried the UG32F01 featured before. More wires to solder then. 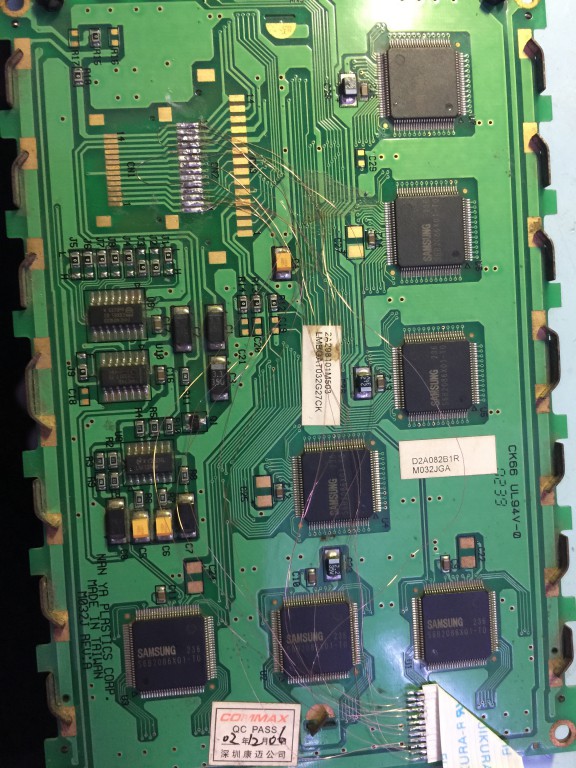 This screen does not have a counter to generate the necessary AC signal to drive the LCD, so I had to find some way to do it. And I used this tiny MCS-51:

Right, just gpio + delay. I used a LED and my naked eye to do an estimation of the flickering frequency. 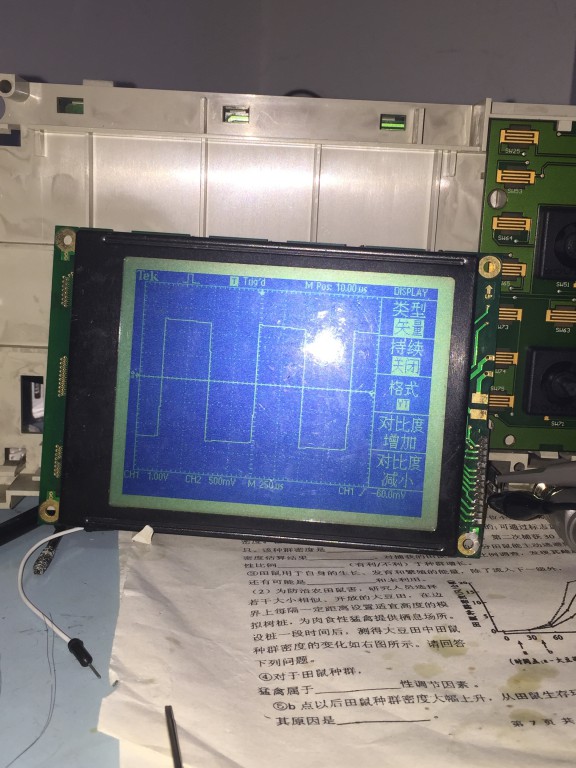 Well, without backlight, I serious doubt if this could be a good replacment. Plus it is too small...

So I got another screen that's also 320x240. Similar process, connect the wires, and it works now. 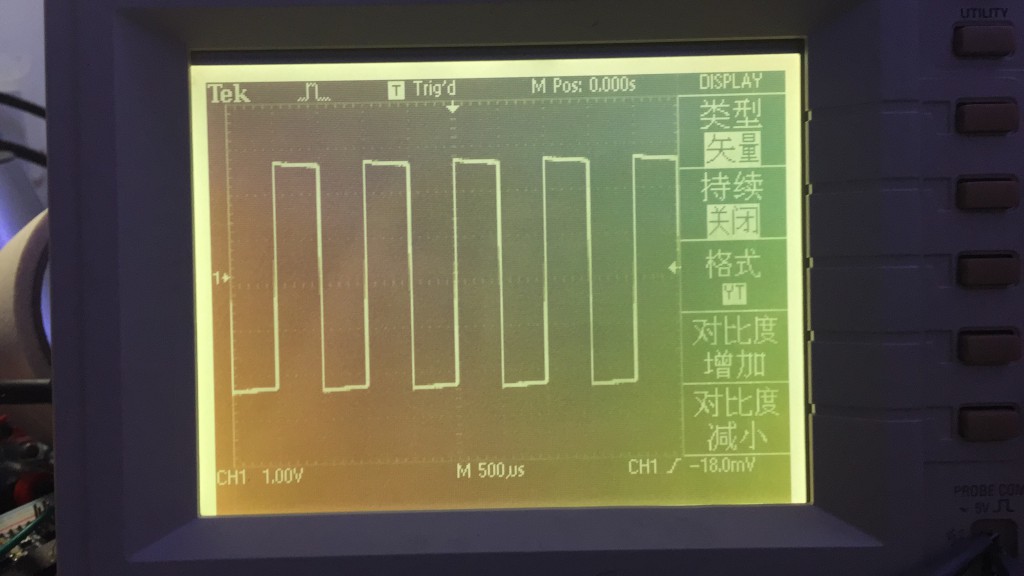 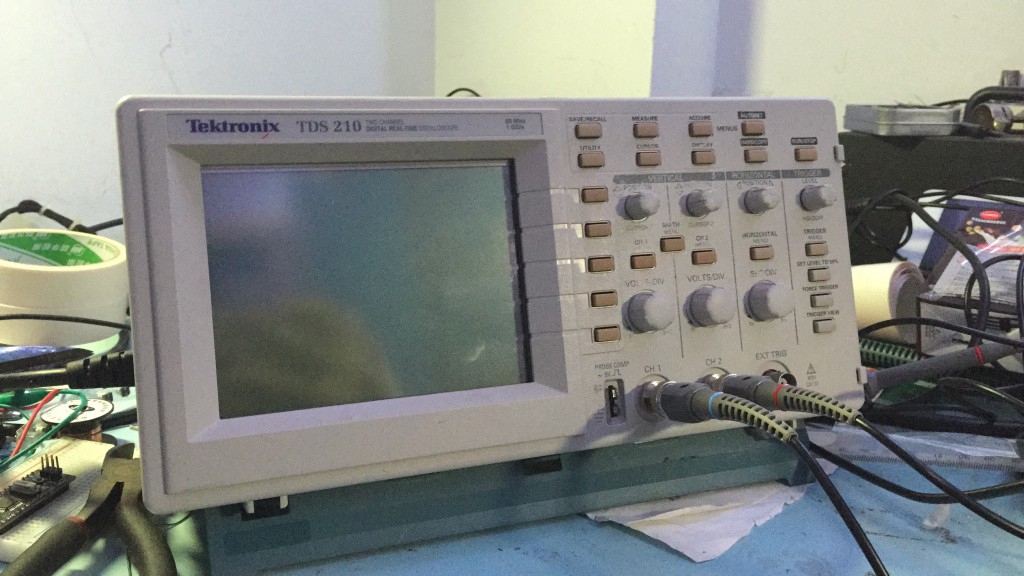