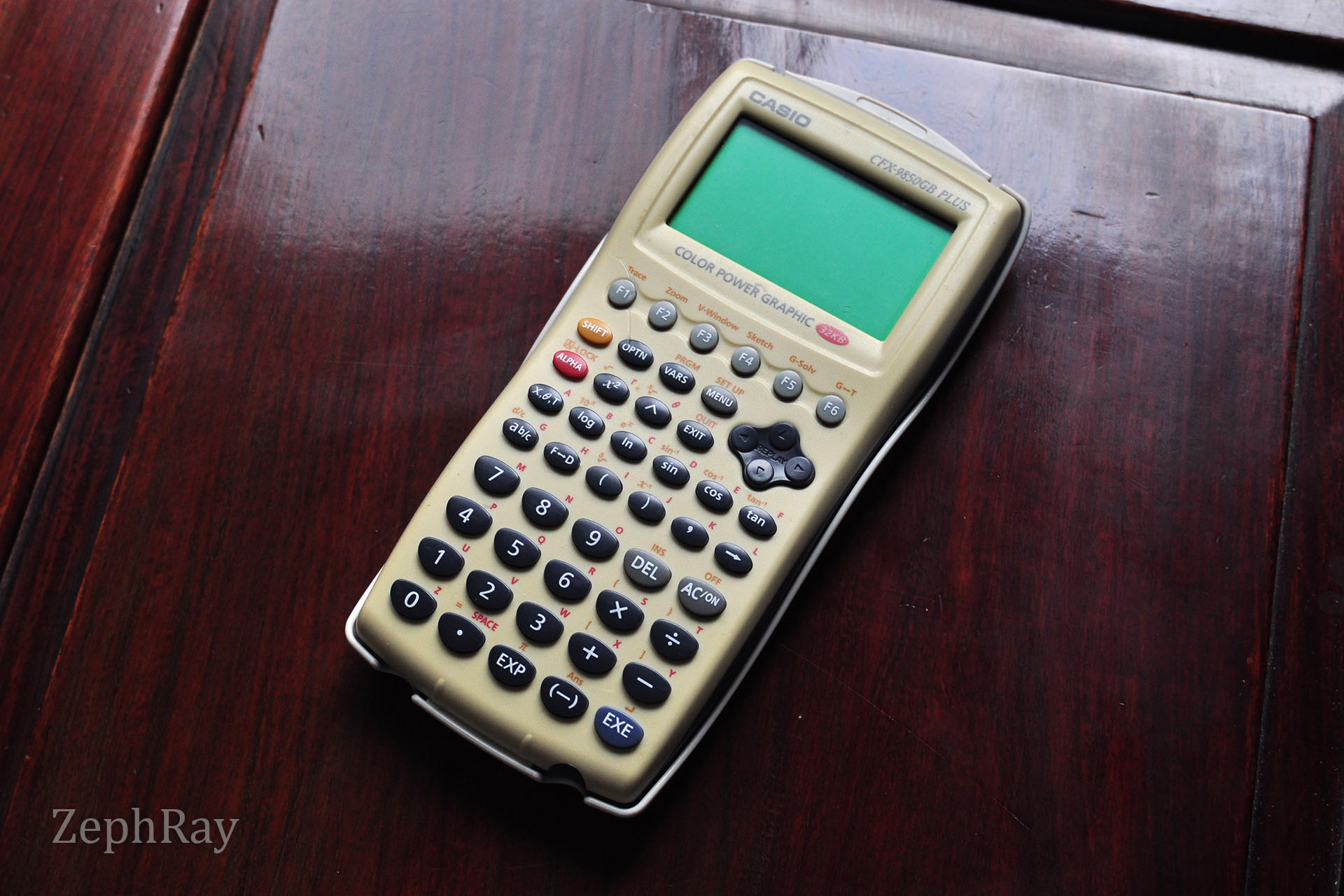 This model comes with two colors: while and black. Mine is the white one of course. I won’t say it is a very good looking one, but absolutely not bad. It is surprising thick, even 1mm thicker than the original monochrome nspire (both without case). 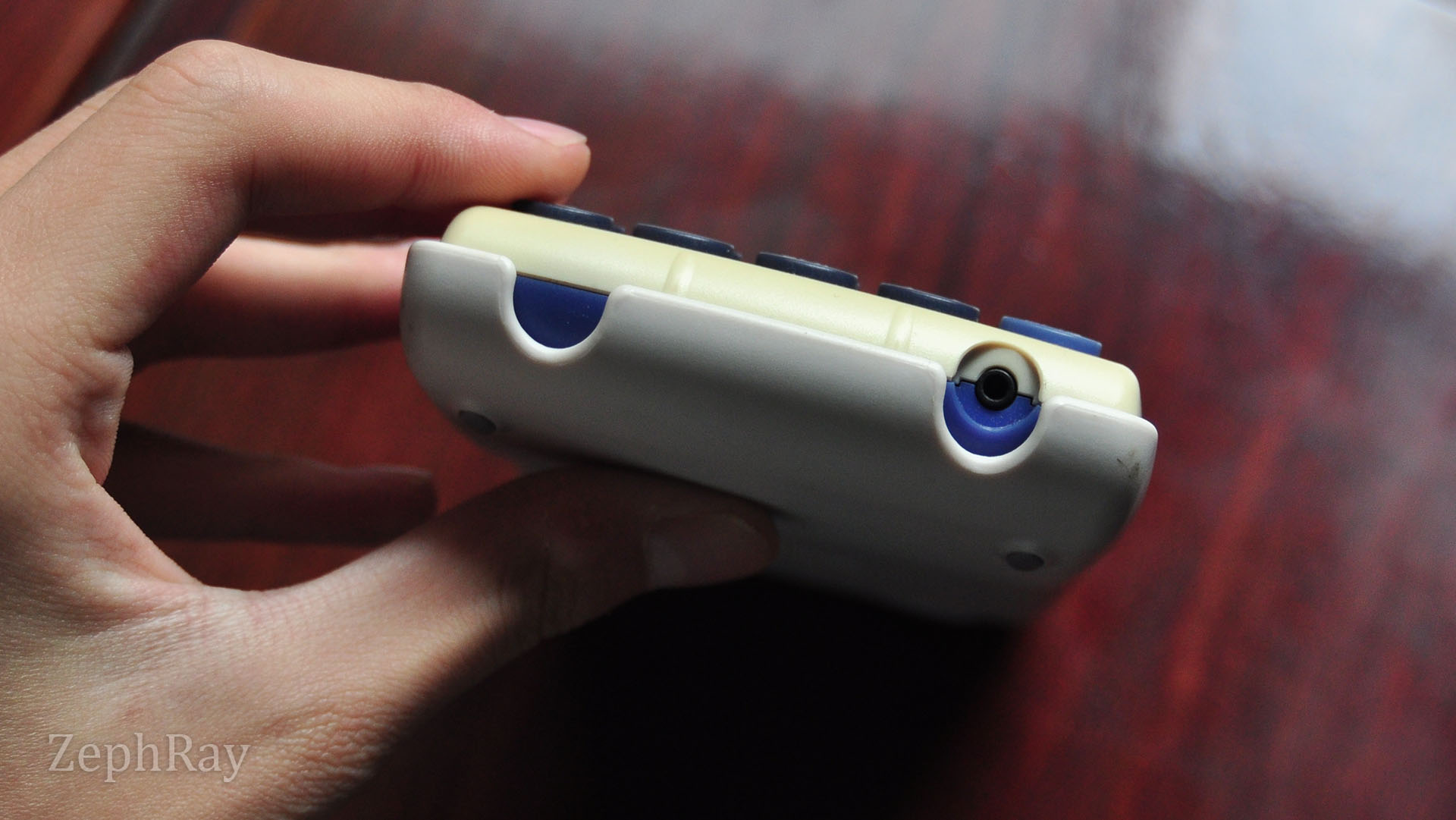 One 3-pin IO on the bottom. 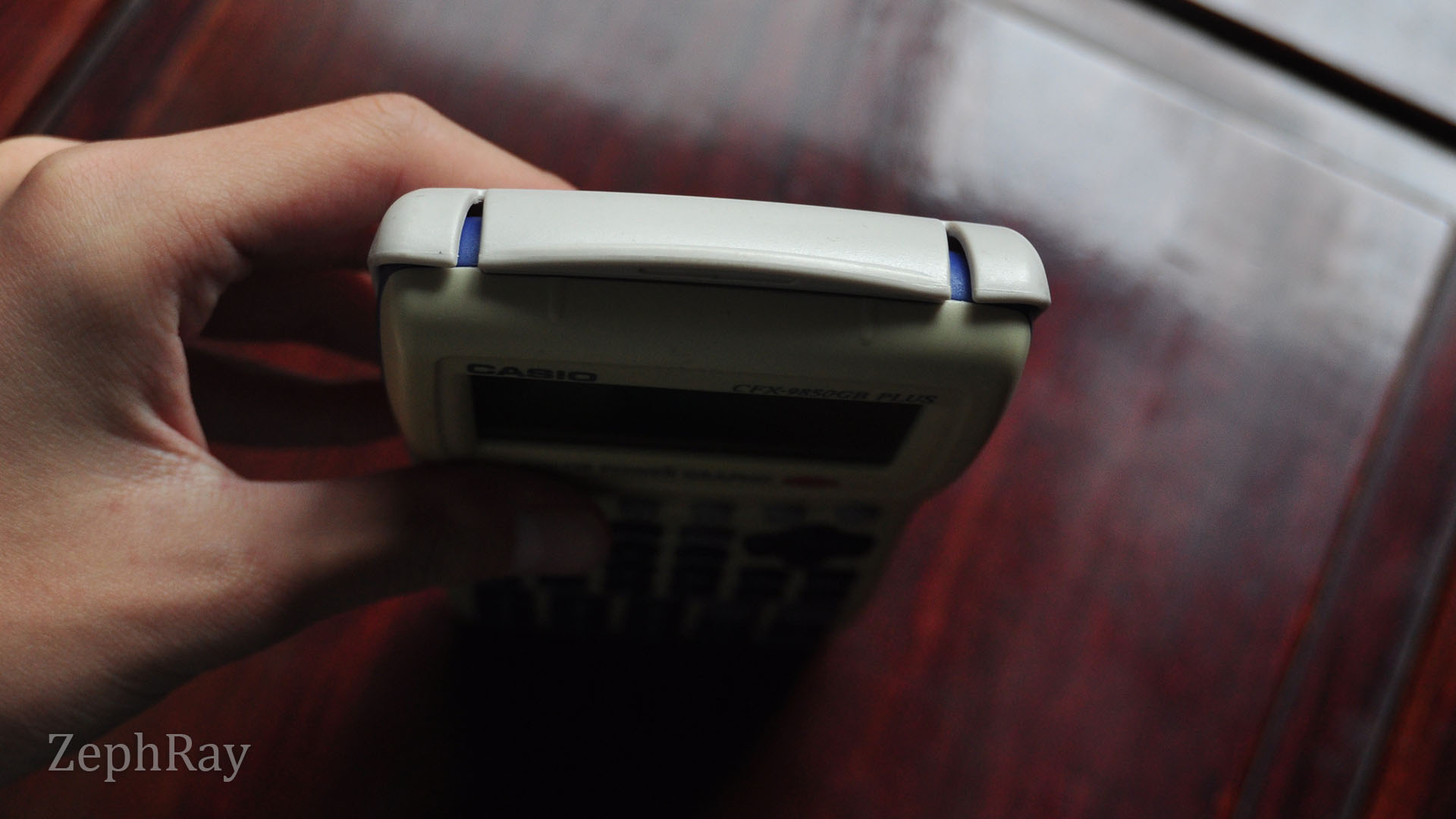 Nothing on the top

Side. Kind of weird streamlined design. Believe me, it is not designed to provide better feel, just for good looking. 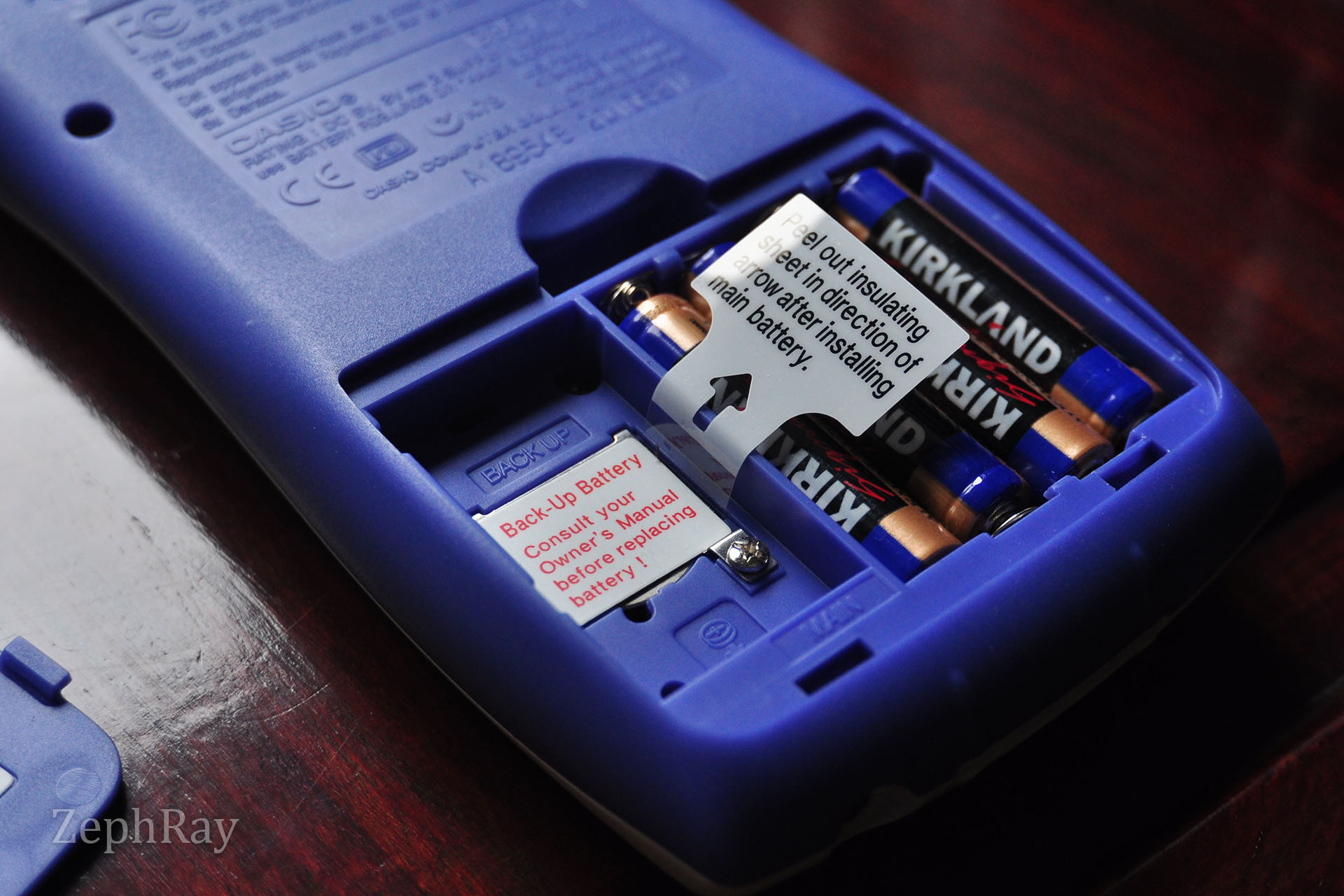 Battery compartment. It seems that the previous owner didn’t even peel the insulation layer out.

The keypad layout is the same as other CASIO graphing calculators. It hasn’t been changed since the fx-7000G. The key travel is moderate for an calculator, but not very clear feedback. Uniformity wise, it is great except F1-F6 keys.

CFX used a 3 color CCSTN screen. It works like a 4-level grayscale STN screen, execpt the grayscale are different colors instead of different shades of gray. The resolution is 128×64. 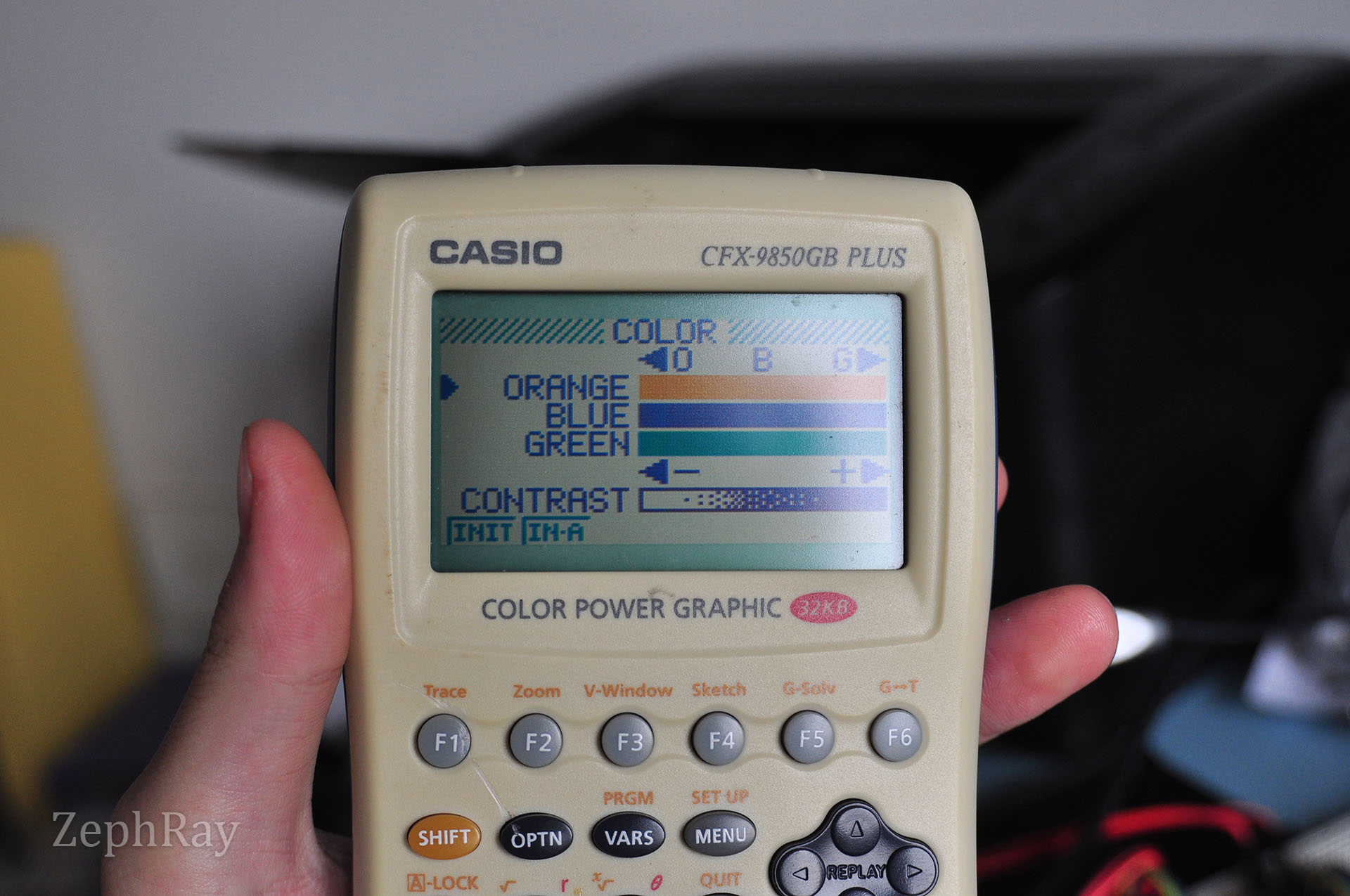 The contrast control is different from those with monochrome screens. Three colors can be changed separately. You can swap the color, change them all to one same color, etc. 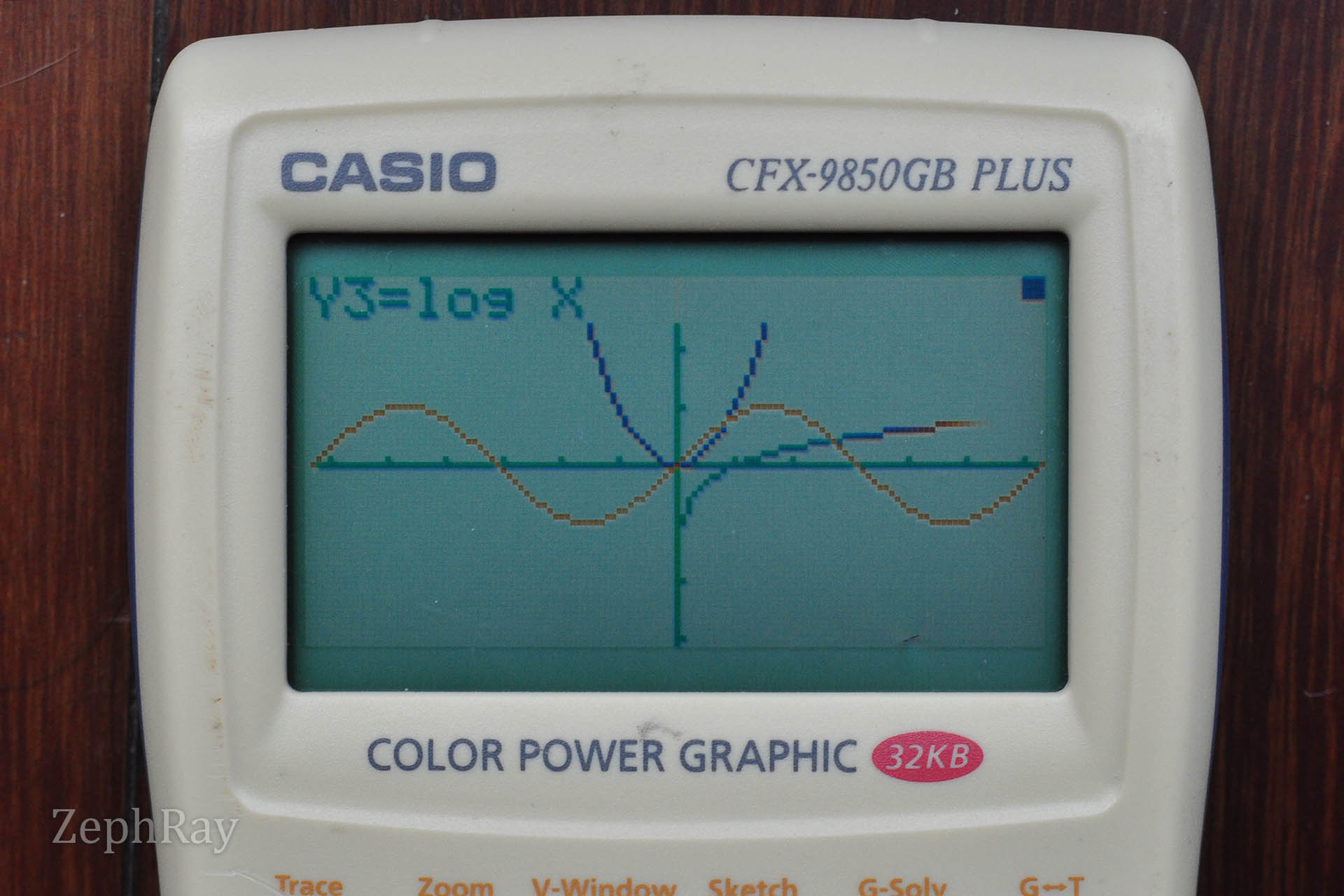 Due to the low response speed, you can actually see the color change from background (light green) to yellow, then red, blue, and finally green. Viewing angle is around 60 degrees.

The operating system is very similar to that of a FX-9750. I am not particularly used to CASIO’s OS, so I am not going to review that. 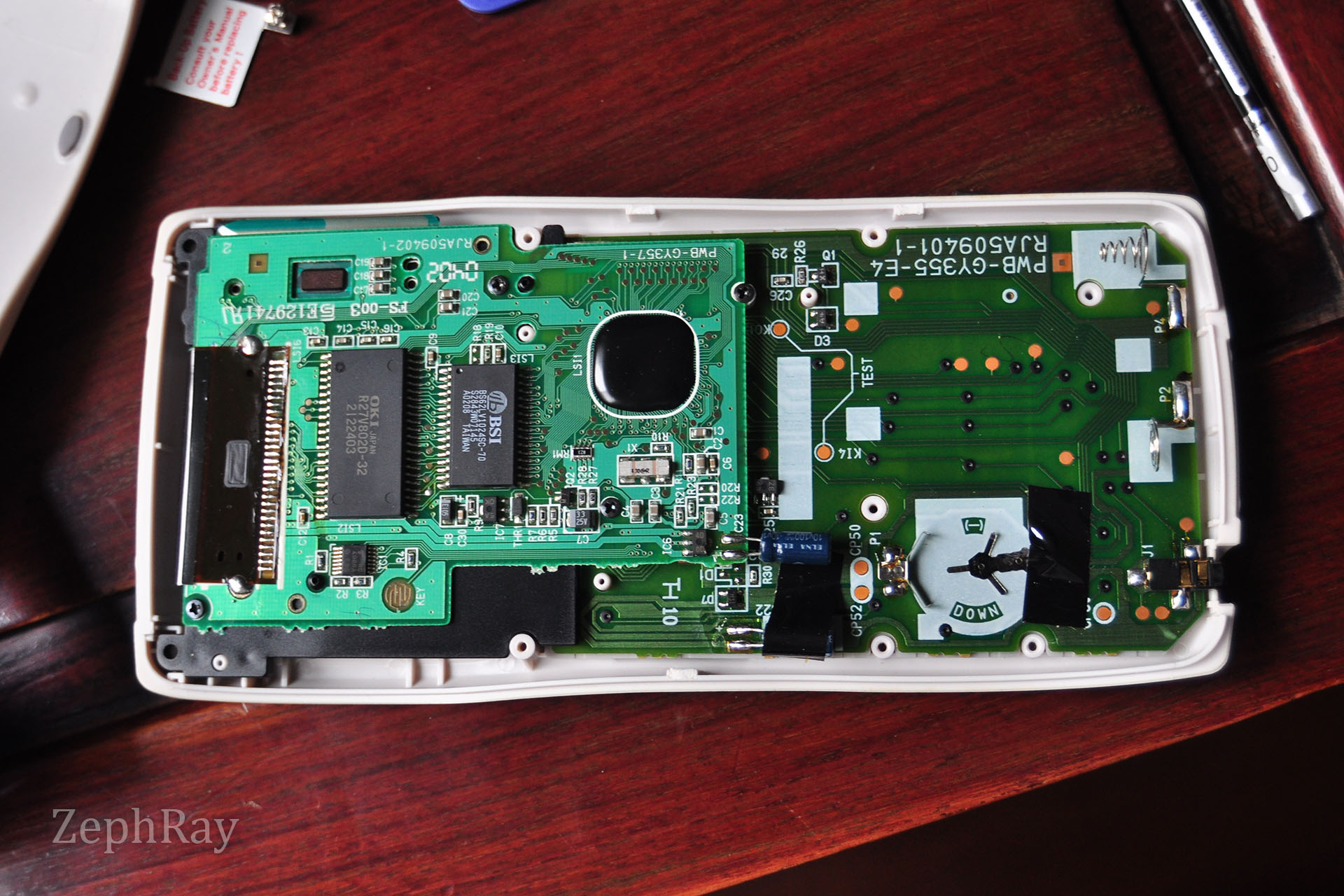 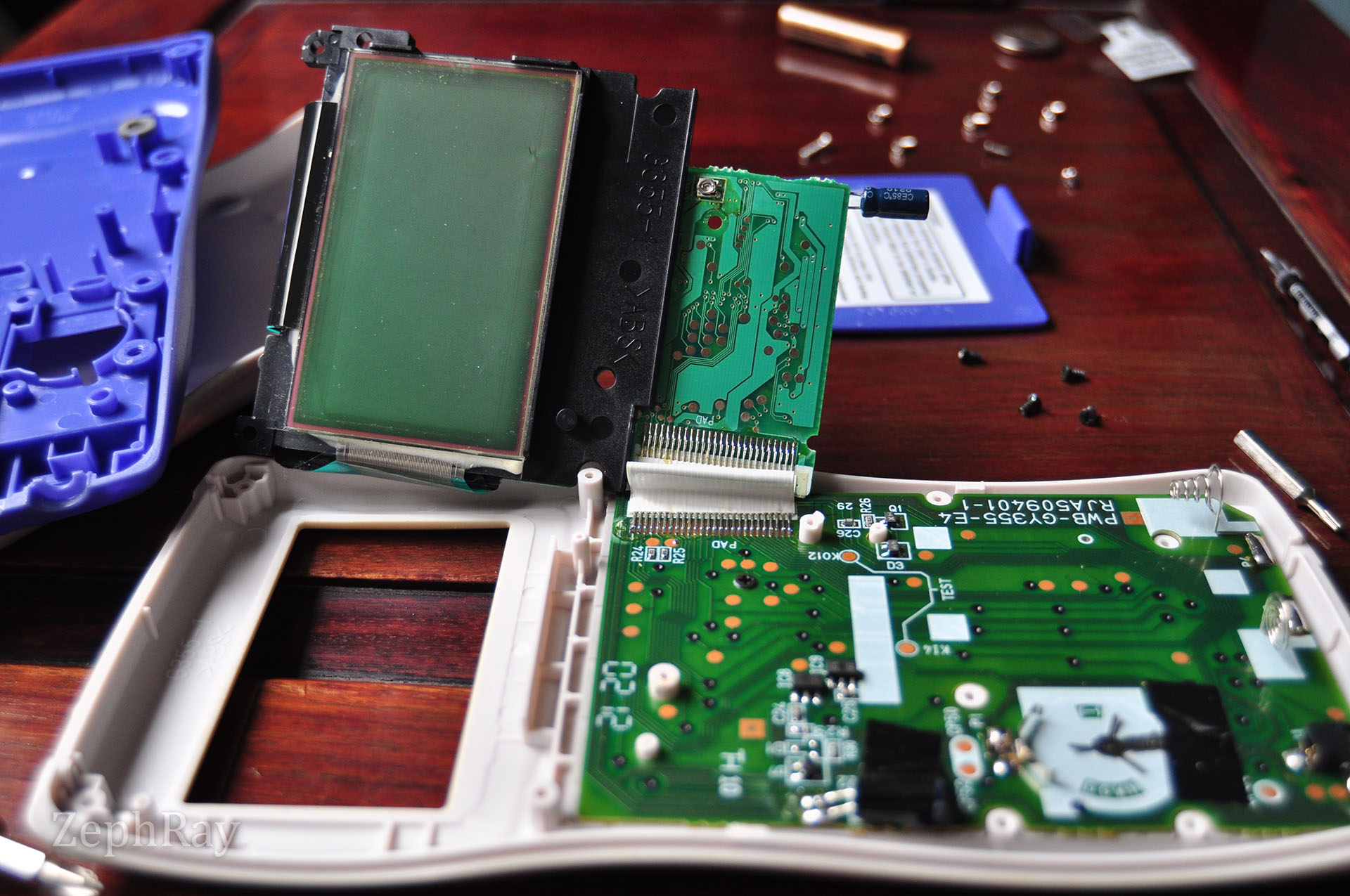 I got this calculator last year from eBay along with a TI-81. I also bought a Cassiopeia A-11 but havn’t arrived yet. I wrote this whole review (Chinese version, not this translated one) on a Raspberry Pi Model B. Have to say it is sooo ssslllloooowww, and LibreOffice crashed 4 times while I am writing. Maybe someday I would write a review about Raspberry Pi Model B?